A great opportuinity has opened up at our Dandenong South branch. Please go to the Careers section to find out all the details. http://www.interlloy.com.au/careers/

Two great opportunities have just opened up in our Dandenong South and Minto sites for the right candidate. Go to the Careers section to view them and see if they …read more

The Interlloy Lamborghini finished 13th in this weekends Australian GT Championship at Phillip Island.  Despite having competitive pace all day, 3 punctured tyres and 5 pit stops put the team …read more

Melbourne Area Manager Shelley and her new bundle of joy visited the Melbourne branch recently. Everyone was very happy to see both Shelley and baby Zara doing so well.

Interlloy has become the naming rights sponsor of M Motorsport for 2014 after being an associate supporter of the team last year. We are all looking forward to big year and …read more

A new Stainless Steel surplus list has been added to the Surplus Stock page for August 2013. Keep an eye out for future surplus lists for other product families in the future. For …read more

New Case Hardening and Carbon Bar surplus lists have been added to the Surplus Stock page for July 2013. Keep an eye out for future surplus lists for other product families in …read more

To all our customers, suppliers and website visitors The Directors and Management would like to announce that Vulcan Steels and Global Metals have reached an agreement to acquire 100% shareholding …read more 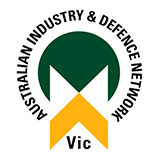