Established more than five years ago by Melbourne’s Justin McMillan, M-Motorsport has campaigned a succession of Reiter Engineering-built products in events across Australia and New Zealand, recently adding China to their schedule - building a reputation in the process as a team capable of competing with the best in the world.

Just recently M-Motorsport’s rising star Glen Wood gained further kudos for the team, with victory on the streets of Townsville in the Australian GT ‘sprint’ championship, adding to past race wins, including success on the streets of Adelaide alongside team-boss Justin McMillan.

Competitive on track, the M-Motorsport Interlloy/Wilson Storage operation is one of the most visible in Australian motorsport, from their pristine black and orange liveried #48 Lamborghinis and KTM to the menacing all black B-double transporter in the paddock, the operation is well respected up and down pit lane, whilst their partnership with Interlloy especially is one of the longest running in the category.

“Interlloy have been a strong supporter of M-Motorsport from the very early stages,” Justin McMillan explained. “They had a presence almost immediately and have leveraged that relationship through ride days and appearances at events, it has been great for the both of us.”

Recently McMillan has taken a backward step with his driving, preferring to be in the garage working to cement the team’s reputation as one of the best in the business, a situation brought upon in part by the success of 2015 recruit Glen Wood.

“Often the challenges of running a business means that you have to compromise your time one way of the other, and more increasingly over the last 12-months the call of business has been stronger,” McMillan confirmed.

“That said, we’d built M-Motorsport to be a business, allowing me to focus more on MEG (McMillan Engineering Group) whilst working alongside Reiter Engineering as an agent in the region for their cars and spare parts, so it was important to keep the racing side functional and successful.

“I raced alongside Glen for much of 2016, and together we were a very good combination and led the championship points on a couple of occasions with race wins and podiums, but again work got the better of me and I wasn’t able to focus all my efforts on a full championship campaign, so this year I thought I’d take a step back and let Glen go after the glory, and he hasn’t let us down.”

“Everything just came together and the car was flawless,” Wood admitted. “We were right on the money straight out of the truck, and the circuit just suited me and the car, and the team just kept it all ticking over. Certainly a big part of the result was car preparation, Justin’s team have always presented a first-class car, and that weekend, the team and the preparation were certainly the key.”

Across a weekend that saw three 43-minute sprint races, Wood was never outside the top three, qualifying third behind European star Kelvin van der Linde in the first session, the Interlloy/Wilson Storage star was quickest in session two, leading home a Lamborghini Gallardo 1-2. In race one he was never far from the lead, crossing the line third, before delivering a knockout blow in race two to take his first win of the season weathering a late storm from van der Linde.

Race three saw another podium finish despite leading through the early stages, the overall result for the weekend though, another top points scoring effort for the #48 M-Motorsport team, Wood’s 178-points well clear of van der Linde and team-mate Geoff Emery, the result rocketing the Victorian back into the overall top ten in points despite missing a complete round in Western Australia.

For team-boss Justin McMillan, he couldn’t be happier. Mixing overseeing teams in Australia and China (he and Wood assisted Chinese team Xtreme Motorsport to back-to-back podium finishes in the opening round of China GT in Beijing with their KTM X-Bow GT4) with cameo roles in Australia in both GT3 and GT4 (McMillan alongside fellow Victorian Dean Koutsoumidis won the opening round of GT4 in the Interlloy KTM X-Bow GT4), the man behind M-Motorsport admits things are all starting to come together.

“The team is now recognised as one of the best in the business, and it runs with a crew capable of winning races and preparing cars in different parts of the world to be competitive amongst the best teams in the world, and that for me is a great success.”

For the second half of the 2017 season, McMillan admits that he’s not sure how often he will drag out the helmet and the fireproof suit, but he knows that regardless of his intentions, that the team will continue to compete for race wins.

“Certainly we’ll be at Sandown (15-17 September) for the final round of the Australian GT sprint series, and I’m keen to get back in the KTM again ahead of next year’s Bathurst 12-Hour. We have some unfinished business there after running so strongly this year and falling just an hour short of one of KTM’s biggest wins, so we’d like to make amends for that!” 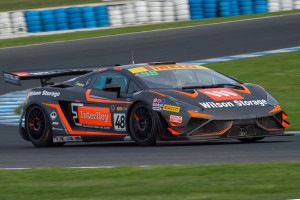 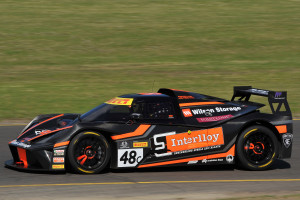