Whilst the score-card for the Sydney Motorsport Park round of the Australian GT Championship may not
include big numbers for the Interlloy-supported M-Motorsport team, there were plenty of positives to take
away from the two 60-minute championship races, with both the #48 Camaro and the #46 Lamborghini
featuring strongly throughout the weekend.
Ultimately though both teams struck problems during the event, Justin McMillan turned sideways at the
fastest part of the circuit whilst running strongly in race one, whilst the popular M-Motorsport Camaro
was turned around on the opening lap of race two, suffering an electrical issue in the process which saw it
stranded on the circuit.

There were highlights though, series rookie Glen Wood was impressive on his debut in the Interlloy
Lamborghini, fourth fastest in opening qualifying ahead of a number of established GT stars, with Le Brocq
making the top ten in the Interlloy Camaro in Q2, whilst both McMillan and Nathan Morcom turned in solid
laps to give the team plenty to look forward to ahead of the two scheduled 60-minute races.
Starting from the third row of the grid, McMillan stuck just off the tail of the leaders on the opening two
laps, but on the run into turn one - one of the fastest corners in Australian motorsport - it all came unstuck
on lap three.
“I had just turned into turn one at something around 200kph, when all of a sudden I was sideways and
heading towards the grass,” McMillan explained.
“I didn’t know what had hit me, but my mind quickly reflected on the number of incidents I’d seen at that
part of the circuit over the years where the car starts to flip over.. Fortunately that didn’t occur, but I was
pretty keen to see what had happened post-race.”

Charging through from the back of the pack, Ginetta driver Matt Campbell made a huge lunge down the
inside of one of the Ferraris into turn one, to be on McMillan’s tail, the young Queenslander electing to take
the Interlloy Lamborghini as well, completely unsighted by McMillan as he moved across to the apex of the
corner.
The front right of the Ginetta caught the left rear of the #46 Gallardo, turning McMillan around at
frightening speed. Fortunately damage was minimal, although the spin tore the left rear tyre from the
wheel, forcing McMillan’s retirement.
That left the #48 Camaro as the team’s remaining entry, Nathan Morcom carefully picking his way through
the pack to be ninth as he made his compulsory pit stop [CPS] to hand the car over to Le Brocq.
With few laps remaining after a lengthy Safety Car intervention, Le Brocq had little opportunity to move
forward, the Camaro team crossing the line in eighth position, although still suffering an intermittent
electrical issue which had impacted the car since opening practice.

Sadly for the #48 team, that problem was solved ahead of race two, but contact from Barton Mawer in an
Audi had forced Le Brocq off the circuit, where he was unable to re-start the car.
An interim Safety Car period saw the Camaro recovered and returned to pit lane where the team were able
to re-fire the car and install Morcom behind the wheel, although six laps down on the leaders.
Despite that his pace was impressive, the Camaro turning laps faster than many of the race leaders to
see him in a position to start unlapping himself in the closing stages, although in the end he took the safe
option and allowed the title contenders through without interference to cross the line in 25th position.
For the #46 Interlloy Lamborghini though, their pace was also impressive, Wood moving from rear of field
to 14th on the opening lap in the challenging damp conditions, then as high as fifth before making his
compulsory stop to hand over to McMillan.

The M-Motorsport team leader reveled in the drying conditions to continue the forward march, moving
from 21st to 11th at the flag setting lap times inside the top ten in the process.
“It was a tough weekend ultimately, but in the end both cars had good pace - Nathan was tenth fastest
ultimately and I was eleventh - but the points don’t show the best result,” McMillan reflected. “We’re
lucky the incident in race one wasn’t more costly, and the Gallardo showed impressive pace, whilst the
Camaro - once we had it sorted, was quick. Sadly Jack never got the opportunity to get the most from it
because of the way things played out, but after we sorted the electrical issue it was clearly quick despite the
conditions, so we’re expecting a good result at home in Melbourne.
“For the next event Jack is committed to V8 Supercars as a co-driver in the Sandown 500, so we have John
McIntyre coming over from New Zealand to drive the Interlloy Camaro with me, whilst Nathan Morcom
may take the wheel of the Gallardo alone.
“I’m looking forward to driving with John, he’s been an integral part of Inky Tulloch’s success with the
Camaro in New Zealand, so he knows the car, and as a former V8 Supercar co-driver, he also knows all
about Sandown, so we should be in for a good weekend.”
The fifth and penultimate round of the Australian GT Championship will be held at Sandown Raceway
in south-eastern Melbourne in just under three weeks (11-13 September), where the two M-Motorsport
Interlloy cars will compete in front of their home fans.

Every qualifying session and every race of the 2015 Australian GT Championship held in conjunction with
the V8 Supercars will be broadcast live in Australia on the Foxtel network. Check guides for details and
replays. 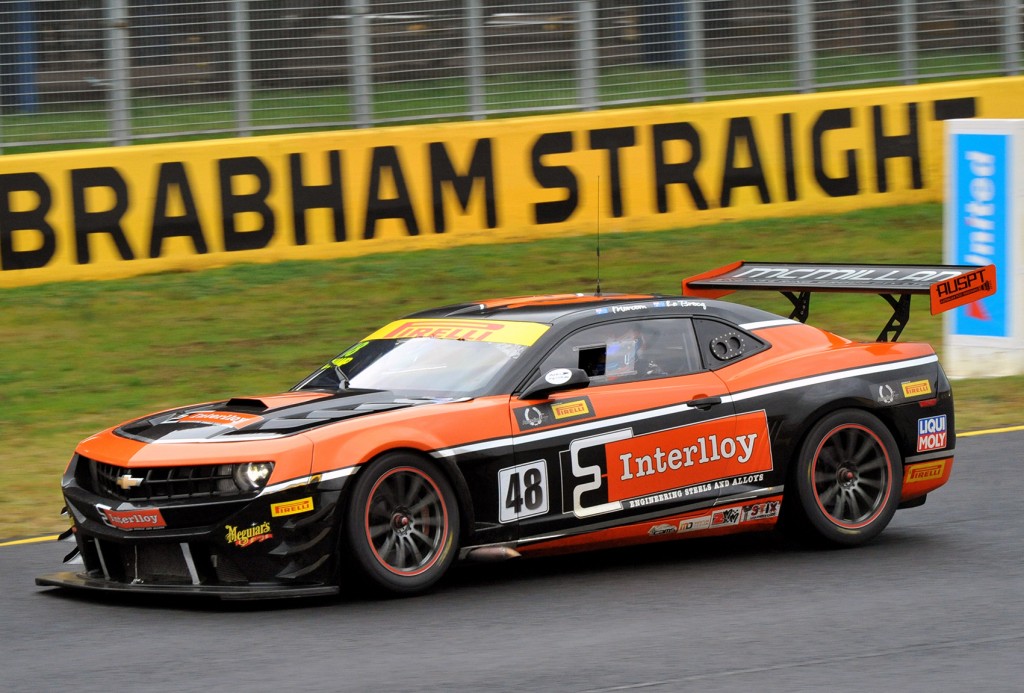 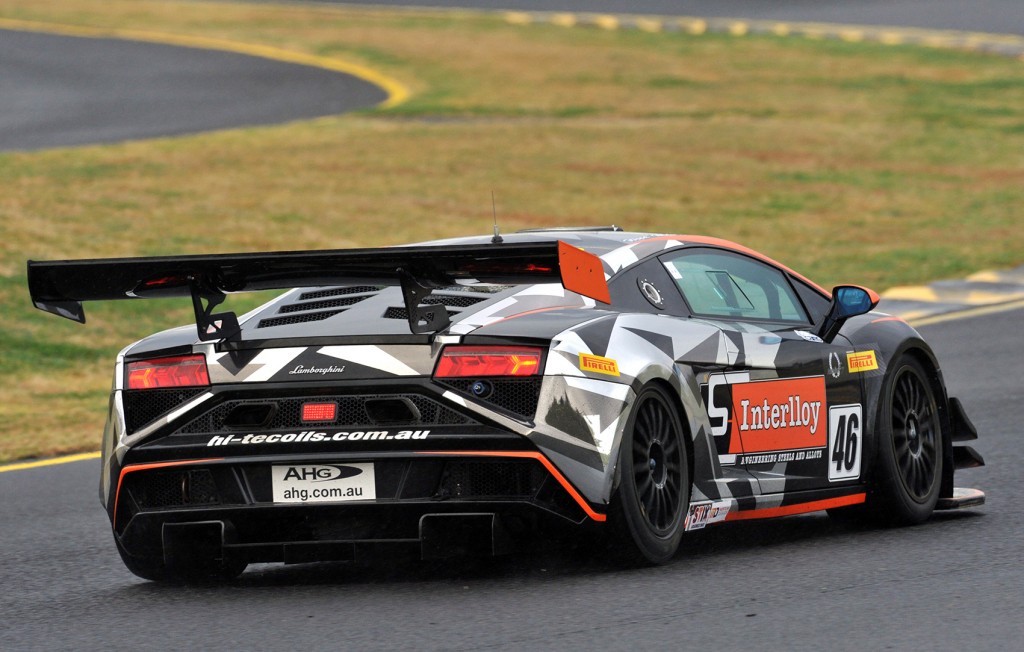