Coming into the final round of the Australian GT Championship on home soil, the expectations from Melbourne’s M-Motorsport team were high. Two competitive teams were entered, with rising stars Glen Wood and Elliot Barbour taking over the reigns of the #46 Lamborghini Gallardo, whilst team-leader Justin McMillan would be joined by New Zealand ace John McIntyre in the #48 Interlloy Camaro.
With ongoing development work with the Reiter Engineering-built Sareni Camaro providing plenty of optimism after a pre-race test at Phillip Island, and the announcement that John McIntyre - the man who assisted New Zealand’s Inky Tulloch to the North Island Endurance title in his Camaro just weeks earlier - joining the Interlloy team, there was much to look forward to.

Practice started strongly with the team’s two ‘junior’ drivers setting the pace in the Gallardo, backing up the performance of Steven Richards in the car 12-months prior with the former Bathurst 1000 champion putting the Interlloy Lamborghini comfortably on pole at Sandown. McIntyre too was quick, putting the Interlloy Camaro inside the top ten ahead of qualifying, whilst McMillan
pronounced himself comfortable with the pace of the car. “After a couple of races in the Gallardo, I need to re-program myself for the Camaro which requires a very different driving style to the Lamborghini,” McMillan explained. “I’ve done a lot of miles around Sandown, so I’m looking forward to a solid result, and Johnny [McIntyre] has adapted brilliantly straight out of the box,
so we’re looking forward to qualifying.” By the close of the two 20-minute sessions, the #46 Gallardo had qualified strongly on the second row of the grid, whilst the two Camaro drivers had ensured a ninth place starting position for the thundering American muscle-car.

Wood and McMillan started the two M-Motorsport cars for the opening 60-minute race, and both maintained their positions inside the top ten, with Wood sticking onto the tail of the leading trio, whilst McMillan used the bulk horsepower of the 7.9-litre Chev to run as high as eight before an unfortunate spin at turn four trapped him at one of the most difficult parts of the circuit.
“I just got onto the power too hard, but I was getting more and more comfortable and looking to make a move into the top seven when I just carried too much speed into turn four,” he explained. “Anywhere else I would have been able to turn around, but there you’re trapped between armco fencing on both sides, and the corner is blind, so you can’t see what’s coming. So after a 75-point turn, I brought the car in for our compulsory stop and handed over to Johnny, but we were a lap down by then. On one-hand frustrating, but on another, we had terrific pace, so that’s certainly a step forward in the development of the car.” Sadly for the M-Motorsport team, just prior to McMillan’s spin, the #46 car was also out of the equation with a deflating tyre forcing an early stop. Despite that, both Wood and Barbour stormed through their stints to recover for a 16th placed finish, the two local drivers at times amongst the fastest cars on the circuit.

McIntyre and Barbour started the two Interlloy cars for Sunday morning’s second and final race, the two drivers working their way forward ahead of the compulsory pit stops, McIntyre quickly onto the tail of the top ten before being thwarted by a power issue, whilst Barbour put in a stunning driver to work his way through to 11th before the stop. McIntyre used all the tricks in the book to extract the maximum out of the #48 Camaro, but ultimately an exhaust failure sapped the big 7.9-litre Chevrolet of vital power, a situation that forced him into a spin before the CPS trying to extract the maximum from the car. Ultimately the pair were classified 19th at the end of the race, their best lap of 1:10.9848 a sure indication something was wrong.

“We really had to over drive the car just to get that kind of pace out of it,” McMillan explained. “The internals of the muffler had failed which essentially robbed us of up to two seconds a lap, which negated our one big advantage - straight line speed and punch out of the slower corners - so it was a tough day in the end. It’s something which will be simple to fix, but frustratingly, it cost us valuable pace at a circuit where I think the Camaro would have excelled.” Whilst the Camaro was battling a power issue, there were no such problems with the #46 team, with both Barbour and Wood setting a stunning pace through both stanzas of the race to cross the line an impressive third, just metres behind the second placed Mercedes and only three seconds down on the race winner despite the fact the duo had started from the eighth row of the grid!

“Overall, from the team perspective, the weekend was all about positives,” McMillan reflected. “We found some more pace from the Camaro, and showed we’re more than capable of mixing it inside the top ten. The boys did a brilliant job in the Gallardo, which makes you wonder what would have been if they’d started further forward after that tyre deflation yesterday. “For us now the focus turns to New Zealand for the final round at Highlands, and the annual ‘Highlands 101’. We know the Gallardo is quick there, and Craig Lowndes and Inky [Tulloch] showed good pace in the
Camaro last year too, so we’ll see what we do there. I know Johnny is keen to keep his momentum going with the Camaro, so we’ll do a little more testing over the next few weeks and see what we can extract from the car before we put them into the container later next month.”

The final round of the Australian GT Championship will be held once more at Highlands Motorsport Park on the south-island of New Zealand (13-15 November) with two short sprint races ahead of the annual (non-championship) 101-lap endurance race on Sunday afternoon. 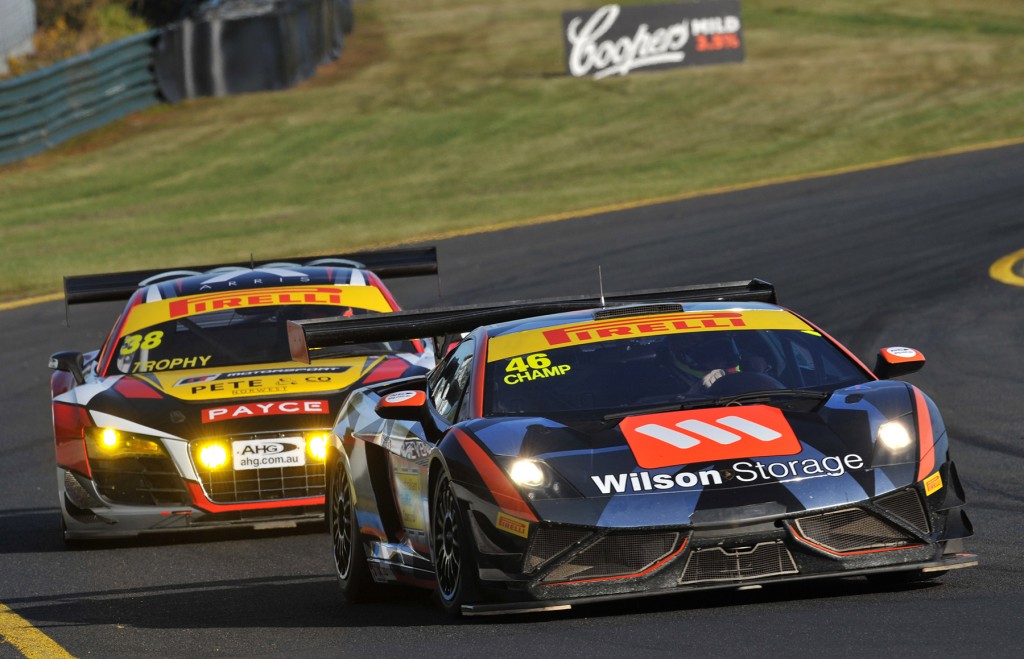 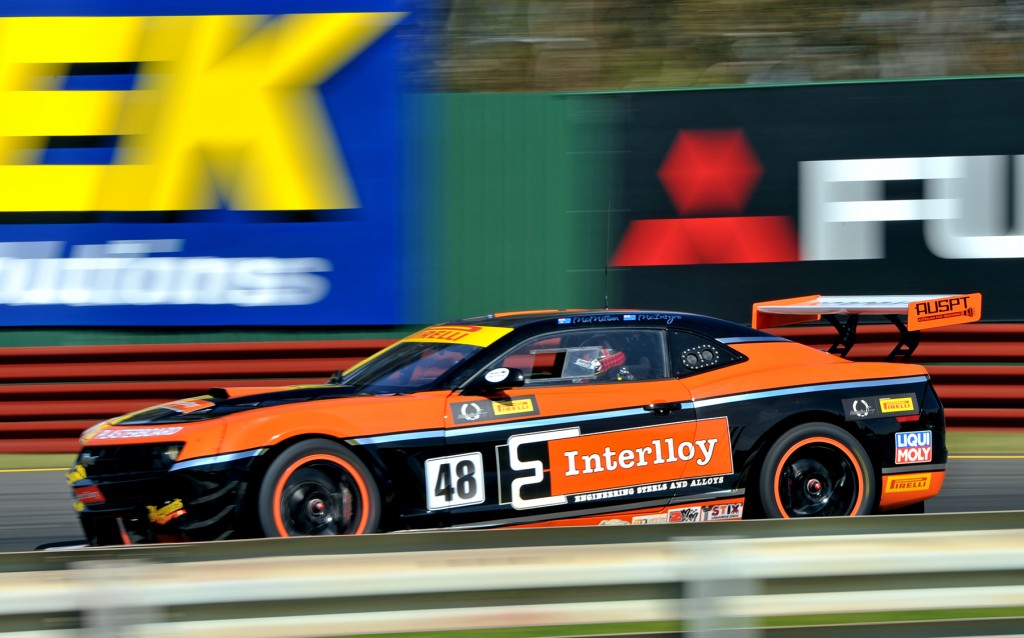