Coming into the opening round of the 2017 CAMS Australian Endurance Championship at Victoria’s Phillip Island, the new M-Motorsport Interlloy/Wilson Storage Lamborghini partnership of Glen Wood and Peter Major were full of confidence ahead of the 500-kilometre journey around the iconic coastal circuit, and they had every right to be given their credentials in the Reiter Engineering-built machine.

Major had been one of the revelations of the Australian GT ‘sprint’ season, running at the front of that championship, whilst Wood showed fantastic speed in the #48 Gallardo in season 2016 alongside team-boss Justin McMillan, before starring in the KTM X-Bow on the GT4 car’s debut at Bathurst earlier this season.

After qualifying on the fourth row for the 103-lap journey, the #48 car was well placed at the mid-point of the race, having moved as high as sixth place ahead of the first compulsory pit stop, a position they maintained into the second stop to be well within reach of the leaders.

Sadly, despite being within sight of a podium finish, an electrical failure on a sensor soon after saw them back in pit lane and ultimately retirement after a misfire developed in the engine as a result of the issue.

“We were right where we wanted to be,” McMillan explained afterwards. “There was no pressure, the leaders weren’t far ahead and we were sitting comfortably with both Glen and Peter ready to charge across their final stints but unfortunately they never had the chance.

“In these modern day supercars, electrical gremlins are your biggest nightmare, they’re difficult to trace and can often cost you insurmountable time in pit lane. The problem with a misfire is it can stress the engine, but on top of that it can also escalate to the engine management system shutting down the engine, and that can have bigger ramifications in a field of cars travelling at close to 270kph so the only thing we could do was park the car and lament what might have been.”

The second round of the Endurance Series is scheduled for Sydney Motorsport Park in mid-August (18-20) where the M-Motorsport team will be looking to carry their impressive race pace through to valuable championship points as they continue to wave the flag for Interlloy and Wilson Storage.

For the M-Motorsport team, the next commitment is Adelaide’s Mallala Raceway this Monday (5 June) for an all-important drive day for partners and friends, with passengers treated to a ride in the exciting new KTM X-Bow GT4, the very car which dominated this year’s Bathurst 12-Hour on Mount Panorama. 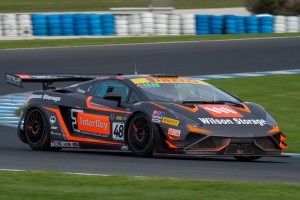 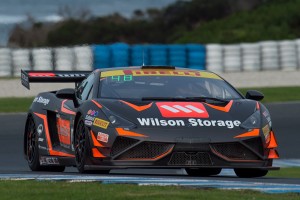