M-Motorsport claims podium for both Lamborghini and Camaro in NZ

Looking for a solid end to their 2014 campaign, but whilst New Zealand born Steven Richards and M-Motorsport teamboss Justin McMillan were looking like a real chance for a podium result, so too were series rookies Inky Tulloch and

Craig Lowndes in the stunning new Reiter Engineering-built Camaro GT3. With the two Red Bull Racing Australia endurance drivers competing for the M-Motorsport team, there was always going to be plenty of focus on the V8 Supercar stars, and they delivered, both cars making the Highlands 101 podium, McMillan and Richards outright (third) and Tulloch/Lowndes as part of the New Zealand Series (first and fifth outright), whilst the team also celebrated the Ross Lilley/Paul Kelly Koala Furniture Gallardo FL2 making in three cars in the top seven.

“I couldn’t be happier,” Justin McMillan beamed post-Highlands 101. “I finished fourth in the Championship Class in Australian GT yesterday after a tough season that saw us start from pole three times in six rounds, then Steve and I backed up with a podium in the three-hour 101. On top of that Inky and Craig were right in the mix and they finished a strong fifth in the 101, whilst Ross and Paul also made it home inside the top ten. For us now it’s on to season 2015, and I think what we’ve learnt this year will make us serious title contenders next season, and that’s the goal, podiums and victories!”

Former Bathurst 1000 champion and two-time Australian GT pole-sitter Steve Richards too was all praise for the team’s efforts in 2014. “You have to remember, we’re a young team coming into a series against some very seasoned professionals, so to finish as strongly as we have is testament to the guys in the crew, and also Justin’s ongoing development as a driver,” Richards said. “This weekend you also saw some of the best drivers in the region competing, guys with V8 Supercar experience, all of whom were battling at the front of the field, so to compete against, and in some cases, defeat these drivers was for me a great result for M-Motorsport. On top of that we also saw the debut of the Camaro, and to have Inky and Craig running so strongly at the front of the field was outstanding. We’d tested the car and knew it would be strong, but there’s no better test than competing against other teams and the Camaro stood up to the challenge, and it stood up to it strongly.”

“The car’s [Camaro] great, it’s got a lot of grunt,” Lowndes admitted with his trademark smile post-race. “It hung in there, it was consistent, the engine was strong, the gearbox was good - it still needs a little more finessing, but overall for it’s first major outing it was a solid car. “We tried to make it an easy car for Inky [Tulloch] and with that he actually went faster. He did his fastest lap time in the race so he became more comfortable - so as we stepped the car up, he stepped up with it.

“As a gentleman’s car I think it’s right up there to be honest, it’s a very easy car to drive, it’s a very forgiving car - you can step it out and have a bit of fun like you can with a V8 Supercar but it doesn’t snap on you like the Ferrari does. You can’t afford to step the Ferrari out too much otherwise it’s going to bite you, but the Camaro is a very forgiving car. There’s no doubt it’s got great potential - it needs more time - but we’ve progressed the car very well over the last couple of days.

“As for tyre wear, one of the unknowns coming into the event, I was actually quite surprised. We did yesterday’s two races [2x 40-minutes] on the same set of Pirelli’s and they were starting to go off a little bit towards the end of the second race, so I was a little bit uncertain how the 101 would go, but I think Inky did 47-laps in his first stint, then I jumped in and we only changed rears and kept going for another 40-something laps and the fronts hung in there. Then for the last 20 laps we put fresh rubber all around and away we went. “The car for the size of it - it looks big and heavy - it actually did look after its tyres so I was really impressed.”

With the 2014 Australian GT Championship at its conclusion, attention now turns to the 2015 Bathurst 12-Hour [6-8 February] where M-Motorsport will field their Interlloy Lamborghini Gallardo FL2 with McMillan, Richards and Craig Baird at the wheel, the trio hoping to capitalise on what had been an outstanding start to the 2013 event with Richards leading for a number of laps. “It’s an exciting time to be involved in GT racing,” McMillan admitted. “We’ve learnt a lot this year  getting the Interlloy Gallardo up to speed and that showed with our end of season results where we were on the podium at every event, whilst the Camaro showed itself to be a competitive car on debut in New Zealand and that already has the phone ringing, so I think we’ll be in for a busy season in 2015.”

A one-hour AGT/Highlands 101 television package will go to air in Australia on OneHD on 21 December at 5:00pm. 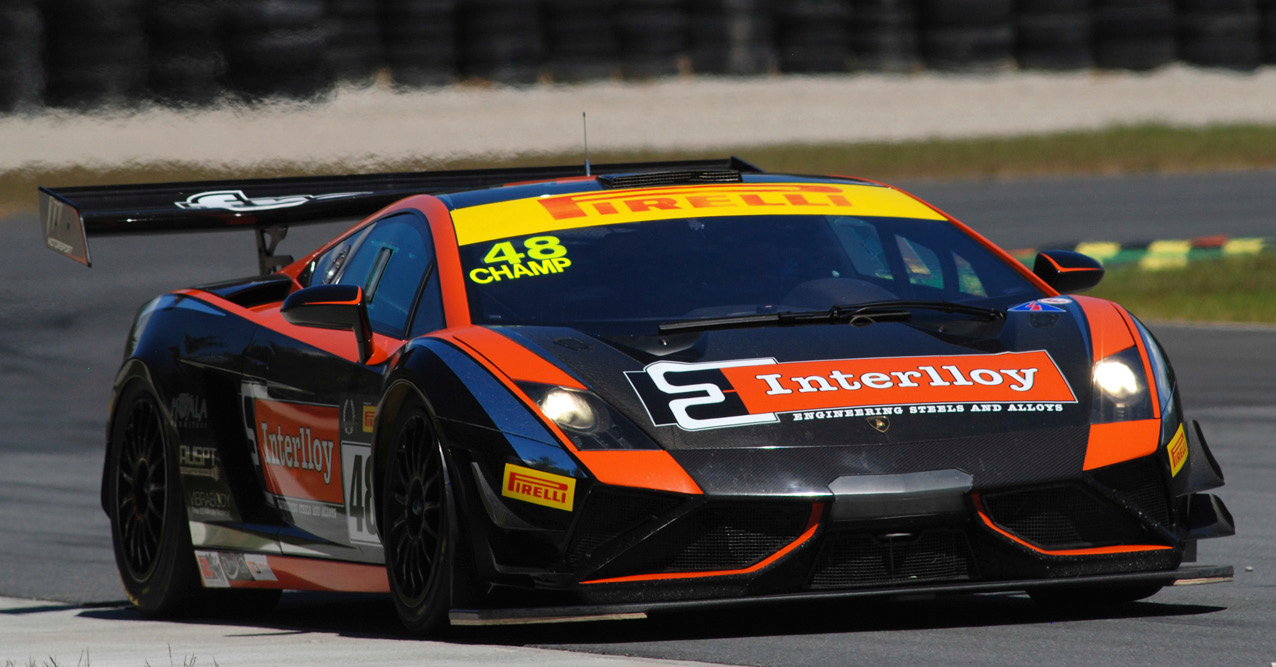