After a dominant performance on their Bathurst 12-Hour debut earlier this year, KTM and M-Motorsport have revealed they will expand their GT4 program in the leadup to the 2018 event, adding an entry in the season-opening Dubai 24-Hours in January to the announcement that they will campaign two X-Bows at Bathurst next year.

“After that great run in Bathurst our plan was always to do more with the KTM this year,” M-Motorsport team boss Justin McMillan explained. “Sadly the local market for GT4 didn’t do what we’d all hoped for 2017, so Glen [Wood] and I shot over to Beijing mid-year for a round of China GT where we grabbed two second-placed finishes, and from there started talking to KTM and Reiter Engineering about expanding plans for 2018.

“Almost immediately after Bathurst we started fielding calls from people who were interested in the X-Bow and wanted to be a part of the program for the 2018 12-Hour, and having effectively dominated this years event up to that silly electrical issue [the electrical loom melted internally in the car due to it’s proximity to the exhaust] KTM wanted to prove a point too with a 2018 return and victory.”

Despite campaigning two Reiter Engineering ‘factory’ stars in 2017, M-Motorsport and KTM have elected for an all-Australian entry for next year’s Liqui Moly 12-Hour, with a mixed selection of drivers - some with championship winning credentials, and others with international experience. “I’ll be in the #48 Interlloy entry again this year, but joining me will be multiple Australian Driver’s Champion Tim Macrow, emerging Radical star David Crampton, and one of Reiter Engineering’s fast young hopefuls, who also happens to be Australian - 2016 Reiter Young Stars winner Caitlin Wood.. Caitlin has been campaigning the 2017 Blancpain GT Sprint Series in Europe with Reiter Engineering in a Lamborghini Gallardo R-EX GT3 alongside Tomas Enge - who drove with us last year - and she has proven very competitive, although unlike the rest of us in the #48 machine, she hasn’t raced yet at Bathurst.

“Whilst our goal is to be right in the mix at the front of the GT4 field, the goal for the #49 car is victory. Unlike last year where we had a couple of European stars (Enge and Reinhard Kofler), this year we’ve gone for a selection of young guys who whilst successful in a variety of categories, aren’t ranked too highly because they’re not professional fulltime drivers, but we expect they’ll be capable of running with the leaders.”

M-Motorsport favourite Glen Wood will lead the #49 team, the Australian GT race winner and 2017 Bathurst 12-Hour team member will be joined by Trent Harrison, another young driver who has enjoyed success in a variety of cars over many years [including - like Wood - the Australian Formula Ford Championship] but has not competed at an international level after electing to focus on his career, whilst Cody Hill too has had cameo appearances in a variety of categories around the world including the 2016 Dubai 24-Hour race where he campaigned a Renault Clio Cup car.

All three have been working tirelessly over recent months to be fit for the rigours of the 12-Hour in the middle of an Australian summer. “The great thing for us is that as a team, we had such a solid run this year with the car, and learnt so much about how to set it up, and how to drive it quickly,” Glen Wood explained.

“It’s no easy car to extract speed from, it’s actually quite physical given it has no power steering, quite a deal of weight and a big front tyre, so that’s one thing to contend with, but that said, it’s awesome across the top of the mountain and a lot more nimble than the GT3 cars, so we have that advantage.

“Despite their experience on a variety of circuits around Australia, neither Trent nor Cody have been to Bathurst in the past, but they’re good operators and very smart drivers, I’ve no doubt they’ll pick it up quickly, and with a number of test days with the X-Bow ahead of Bathurst [Harrison has already sampled the car], they’ll be good to go.

“At the end of the day we’re there to win, not just fill a grid spot - and I don’t think a win is out of question. Look, we started 46th [pole for Class C] last year and ten hours in we were leading by well over a lap and in 24th outright..” Whilst Wood is upbeat about the team’s chances, his view is backed up by McMillan who admits that their focus, along with that of KTM and Reiter, is to go after the win.

“That’s the plan, and I think we have a team of smart drivers that understand you’re not going to win the race in practice. It’s a long event and there are a lot of challenges, we just have to stay on top of those and keep the car running consistently. We’re all working on our fitness and will do a number of pre-event tests before the 12-Hour, whilst Glen and I will also do another race with Reiter in Dubai to make sure we’re well and truly ready for Bathurst.”

On the invitation of KTM and Reiter Engineering, McMillan and Wood will join Reiter favourite Peter Kox and experienced gentleman driver Nico Pronk in Dubai in mid-January for the 24-hour event.
“We’re really looking forward to it,” McMillan admitted. “It will be another good opportunity to get miles in the car, but also to work again with the Reiter Engineering team, some of whom will also join us at Bathurst. It’s going to be the ideal preparation.”

For the remainder of the 2018 12-Hour team, they are all busy preparing for the rigours of Mount Panorama in summer, with drivers like David Crampton already on an intense training program.

“I can’t wait to get there and get into it to be honest,” Crampton admitted. “I’ve driven my Radical up at Bathurst the last two years and loved it, but they were relatively short races, so I’ve been on my bike training hard over the last few months because the guys tell me it’s a lot hotter in the KTM than the open-cockpit Radical, so I want to be ready for that. It’s a great opportunity, and alongside my driver coach Tim Macrow, I think we’re in for a really good run!” 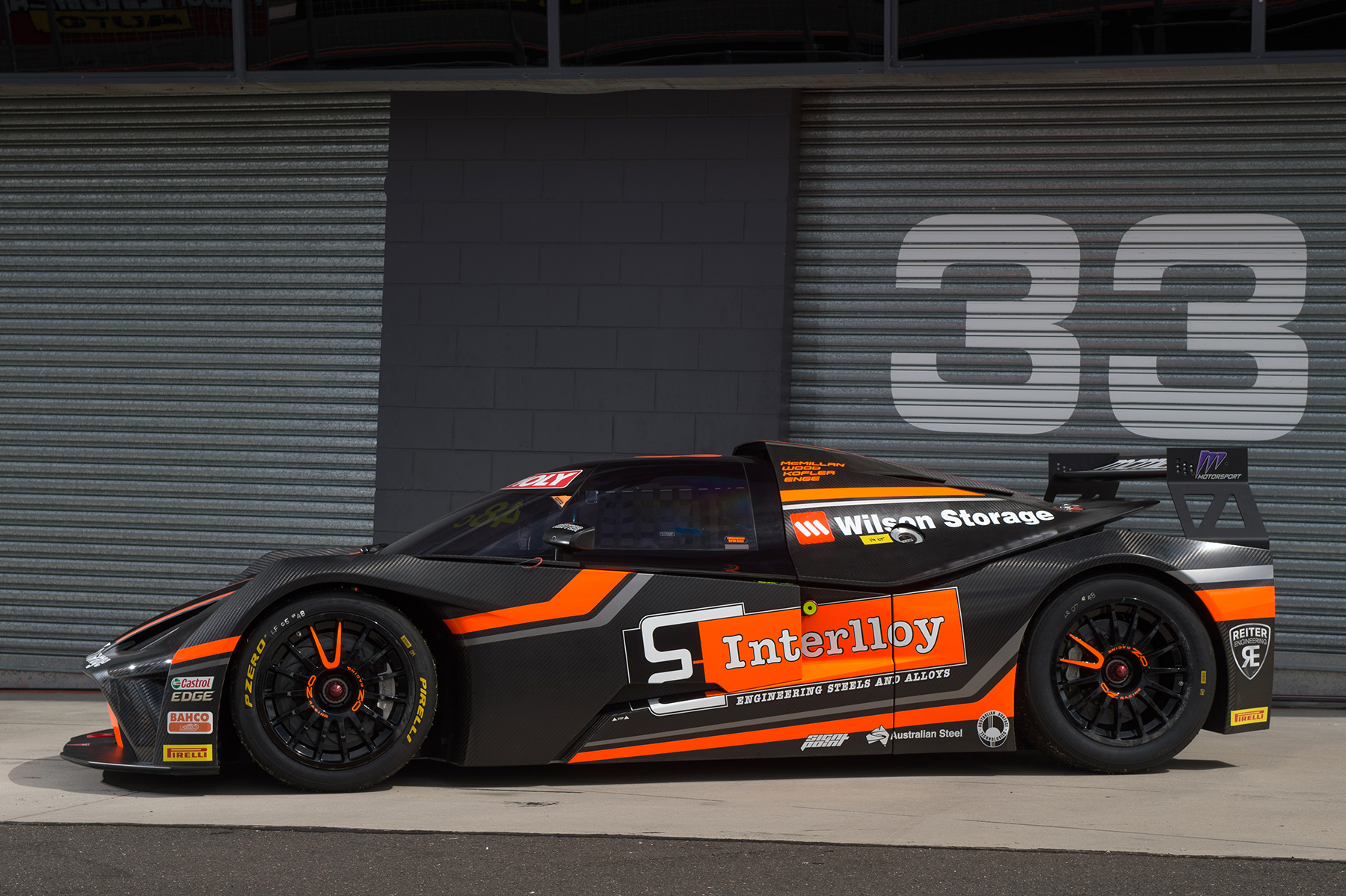